FOKE is an association formed in June-2005 with objective of opening up the venues for the Indians in Kuwait to come together, Promoting closer co-operation, Organize cultural and social activities and do flourish as a community for common good. Apart from these objectives, FOKE is also extends its helping hands to the needy poor people as Charity in different ways. With the active help and support of our well-wishers and sponsors, FOKE is growing day by day and has more than 2500 registered members in its fold. We are glad to say that FOKE is one of the most active organizations among the Indian Community in Kuwait. FOKE is registered with the Indian Embassy of Kuwait (IDEMB/KWT/ASSN/37) and NORKA ROOTS (KWT/09/102) and works strictly in accordance with the guidelines of the Indian Embassy.

FOKE completed its TEN fruitful years in imparting active service to Indian community in general and the native of Kannur in particular. As a part of our ongoing charity activities, we were sponsoring meritorious and academically scholastic students of financially back ward sector hailing from way back in Kannur Dist. Kerala. Similarly we are extending our helping hands to handicapped people by way of giving lifesaving equipment's like wheel chair. Three wheeler bicycles etc. …further we are assisting so many poor patients from all the walks of life who have been facing with life threatening illnesses. Nevertheless, it is just possible for us to continue these charity activities because of our like-minded members, sponsors contribution as well as the fund we saving from our FOKE Anniversary Program celebrations. As we look back, we feel proud and glad about our achievements. 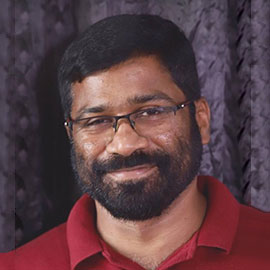 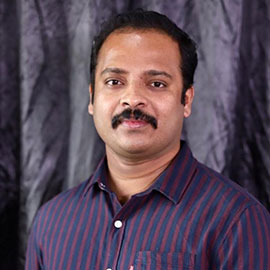 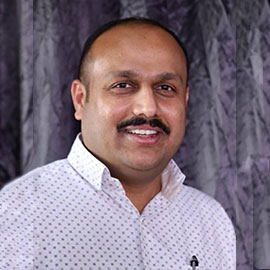 The earliest evidence of human habitation in the district are rock-cut caves and megalithic burial sites of the Neolithic age. The Taliparamba-Kannur-Thalassery area abounds in rock-cut caves, dolmens, burial stone circles and menhirs, all of megalithic burial order. The district was part of the Chera kingdom, which ruled most of Kerala during the first several centuries CE. Later Kannur was the capital of the Kolattiri Rajas, whose kingdom had trading relations with Arabia and Persiain the 12th century and 13th centuries.

Kannur District witnessed one of the longest and bloodiest resistance to British rule in India. This revolt led by Pazhassi Raja in the 1792–1806 period kept a large part of the district in a state of war.

Kannur District played an important role in the Indian freedom movement. The Indian National Congress, founded in 1885, established a Malabar District committee in 1908. A branch of the All India Home Rule League, founded by Dr. Annie Besant, functioned in Thalassery during this period and among its active workers was V.K. Krishna Menon. By the end of 1939, a branch of the Communist Party of India was formally established at Pinarayi, a village near Thalassery. Payyannur was the main venue of the Salt Satyagraha, a major turning point in the Indian Freedom Movement, in Malabar. On 13 April 1930, a batch of Congress volunteers under the leadership of K. Kelappan started on foot from Kozhikode to the beaches of Payyannur and broke the salt laws there on April 21. The Satyagraha camp at Payyannur was raided and the campers were beaten up. The Uliyath Kadav Payyanur incident became a turning point in the history of freedom struggle in Kerala. It thrilled the people and thousands were ready to join in the struggle for freedom. There were widespread demonstrations in Kannur, Thalassery and other parts of the district and a number of Congress workers were arrested.

St. Angelo Fort was built in 1505 by Dom Francisco de Almeida, the first Portuguese Viceroy of India. It is situated by the Laccadive Sea about 3 km from Kannur town. In 1507, the fort was besieged by the local ruler; the Portuguese rule over Cananor (as they spelt it) would last 158 years and then replaced by the Dutch. The ownership of the fort has changed hands several times. In 1663, the Dutch captured it. They subsequently gave the fort its present appearance. The Dutch sold the fort to the Arakkal Royal family in 1772. During this time, the Arakkal Sultanate began issuing coins. The British conquered it in 1790 and used it as one of their major military stations on the Malabar Coast. It is fairly well preserved as a protected monument under the Archaeological Survey of India. A painting of this fort and the fishing ferry as a background is on display at the Rijksmuseum in Amsterdam. Kunjali Marakkar’s head was removed from his body and exhibited in the fort after his assassination.

During the 17th century, Kannur was the capital city of the only Muslim Sultanate in India, known as Arakkal. During the British Raj, Kannur was part of the Madras province in the North Malabar District.